Goodness freaking frocking ficking f**king gracious! I don’t even know how I manage to let so long go by without getting onto wordpress! I especially miss reading all my dear lovelies reviews and bookish posts (special mention goes to: Alex at coffeeloving bookoholic, Noriko at Diary of a Bookfiend, Angela at Books of a Shy Girl, Dani at Perspective of a Writer, Michenko at ReadRantRock&Roll, Ally at Ally Writes Things and Inge at The Belgian Reviewer) – please check out these kiddos’ pages – they’re MY inspiration as a true and devoted and artistic book blogger. I mainly haven’t been on much because I’m a bit embarrassed to say that I have not been reading as much as I used to.

Once upon a time in a run down apartment in the heart of Los Angeles Señorita Delphina made it through 1000 pages in less than a week with the help of a cuddly little kitten by the name of Haruki. And then France came to steal her heart and her time…

So I’ve been living in France for exactly three months now and despite some obstacles I’ve run into along the way – spouts of on and off depression, nostalgia for the Los Angeles sun, and getting woken up every morning by Haruki – France is surreal, drawn straight from my dreams. But it’s not just France. While living in Los Angeles I was able to do some traveling, it was not until I came to France that I discovered what it means to live, not just to survive. I’ve had the opportunity to step into new countries, see beautiful new faces, interact with different cultures, and breathe sometimes fresh, sometimes polluted new air. That is exactly what I always dreamed of, just never thought capable of reaching.

I have been able to travel to various places throughout France as well as Europe – all alone and with little to no company. This may sound like the characteristics of an anti-social hermit…Well, call it what you want… traveling alone has given me a newfound confidence and strength that I have never known before. Back in Los Angeles I was always depending on my mom, my aunt, even my cat for comfort and energy to get myself out of bed and face the world every morning. I was living in fear, a bubble, from a troubled past of abuse and mental illness. Sometimes medication and therapy just doesn’t cut it. At least, not for me. It’s really following one’s dreams and stepping out into the world that really cures a bleeding soul and torn mind. Stepping into France has not only given me a place to call home , but a patched up, if only , heart and a clearer, if only, mind. When I’m here, I no longer think that he is going to find me and break my bones again. Here there is no one to break into my apartment and leave me bleeding. There is no one to take away who I am and leave scars all over me. Here, I am. I am. I am. I am stronger alone.

I was recently in Malta. It seems a bit random. Of all places, why Malta ? Well, why not ? In Malta there is waves splashing, city lights flashing, and everything that makes me wonder giving me the illusion, if only for a while, that I am infinite. I only stayed for a weekend (life, life, life, and obligations prevented a longer stay), but was able to see and experience vivid Maltese culture. The cities that I visited, Valletta and Sliema were magical towns on the coast, painted on mother earth from a postcard. I did feel a bit out of place, given that most tourists were couples off for a romantic weekend, but it didn’t take away the enchanting feeling that I was really there, walking along the rocks and stepping into the cold and salty Mediterranean. I can’t say that I stood next to the leaning tower of Pisa or stepped into Cleopatra’s tomb but I think that’s really the difference between Malta and the rest of our touristy places in the world. It’s just there, floating in the middle of the Mediterranean, waiting to be discovered. There are no major landmarks, metal towers, or colorful aesthetics to render it a “must-see before you die” country. It’s presence and feelings that it evokes from the heart are more, much more than some artifact sculpted by a depressed man two thousand years ago. Malta is age. Malta is blue. Malta is old. Malta is the beauty that has been lost with commercialism, materialism, and everything we work 40+ hours each week to buy with a piece of blue plastic.

…Okay, so I meant to be humorous when I started writing this post and now I’m just going into a totally emotional and philosophical tangent…whoops. If any of y’all would like to life vicariously for the next few moments through my disturbed mind but loving () soul, I included some photos and videos below of my trip… 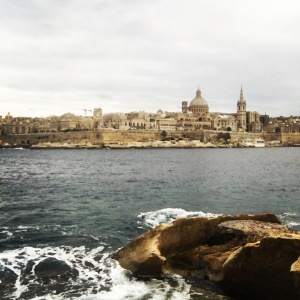 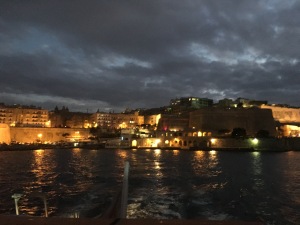 Last weekend was my first time in Lyon and can I say that it is now my favorite part of France behind Aix and Marseille, but then again, I say that about every place I visit until I visit another. Lyon, the second largest city in France after Eiffel Tower and Snobby Parisian Paris (sorry, not a big fan of Paris) is known as the city of lights. Well no sh** if you have ever heard of La Fête de Lumières, or The Festival of Lights. For four nights, beginning of December 4 through the 10 artists light up buildings and streets with beautiful and glimmering shows. It’s crowded to the point of complete and utter paranoia but that’s what adds to the experience – a gathering for the beauty of Lyon – a celebration of the city’s magnificence. These 50 installations create an ambiance of wonder and entrancement that leaves one feeling as thought they have stepped from reality into a floating wonderland of glory and fluorescence. 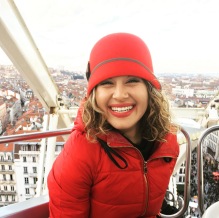 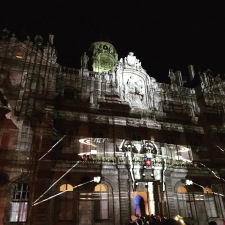 These are only two trips amongst many that I have taken in the last three months. In the next few days I will be leaving for yet another step out into the world, again, alone. This upcoming trip will be the largest and most memorable that I have taken as I will span four countries and seven cities in a matter of fifteen days.

I plan on not seeing these countries for whatever they are famous for – waffles, beer, mint tea – whatever. I am coming for life, whatever I may choose for that to mean, depending on my heart. I will be back soon with another author-requested review, but first comes life…. I actually never thought I would choose life before fiction, but here I am living, no longer simply surviving.

And a thank you to all my readers, all 550 of you who have been supporting me since the launch of my blog back in May. Although virtual, I am thankful for those who read everything I write and have been there with me through my ups and downs whether it be through a horrible review or a simple, sometimes grief-driven life update.