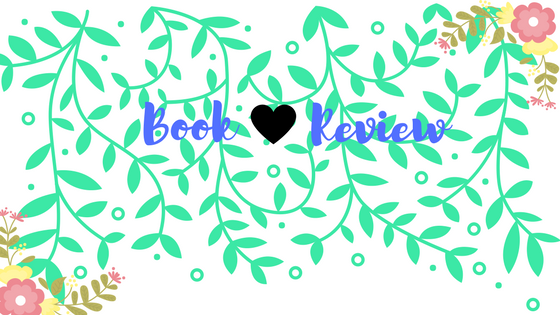 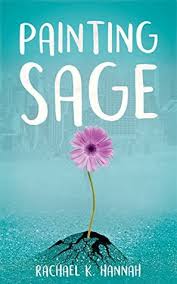 I was recently sent Painting Sage by the author, Rachel K. Hannah in exchange for an honest review. What happens when a writer expects too much from their story? What happens when literary techniques prevail the construction of a narrative? What is the consequence of style over structure? What’s to become of a story embedded in an enumeration of supporting conflicts? A story of a story of a non story. This is the primary problem I had with Painting Sage. I was expecting a nuanced narrative reminiscent of The Bell Jar and Thirteen Reasons Why. What I read instead was a perplexing, and altogether inaccurate, potentially offensive illustration of a child’s mental illness alongside her family, already on the brink of falling apart.

She almost didn’t make it. Fifteen-year-old Sage was close to death, and now she’s been confined to a rehab facility deep in the Connecticut woods, as far from her old life as she could have imagined. But the problems she faces have come with her—and now her mother, Julia, must decide what to do next.

As Sage begins treatment for bipolar disorder, Julia continues an exhausting internal debate about how they reached such a low point. Are Sage’s depressive episodes due to genetics, or is her parenting to blame? The increasing unreliability of Sage’s father, Mike, hasn’t helped either. Sage can tell his focus is elsewhere.

After her release back to high school, Sage still struggles to overcome the adversity she faces. Her unfair expulsion adds further frustration for both mother and daughter—so much so that Sage is tempted to run away.

A profound tale of what it means to live with mental illness, Painting Sage illustrates the whole person behind the struggle. Sage’s challenges will continue—and she must learn how to build a life she loves in spite of them.

Painting Sage opens with a a mother, Julia, discovering her fifteen-year-old daughter, Sage, on the floor of their home, unconscious, but still with a heartbeat. Sage survives her suicide attempt and is checked into a rehabilitation center on the outskirts of town. With the support of her childhood friend, Conner, Julia, a divorced mother who pays the bills as a high school literature teacher fights an internal battle against herself. She blames herself for her daughter’s suicide and contemplates all that she had done wrong in the past, such as not getting involved enough in Sage’s life along with having to basically raise Sage, with little help from Sage’s father, Mike – a copyeditor who remarried and now is wholeheartedly devoted to his new wife, Abigail, as well as his twin boys.

We never discover the exact reason for Sage’s suicide attempt. The story immediately jumps to her diagnosis – bipolar 1 disorder. I was expecting a more accurate and perhaps, more dramatic portrayal of Sage’s personality and symptoms, but what I read instead was a bratty and altogether selfish teenager whose scruples seem to have been swallowed along wither her medication. During her time in the rehabilitation center she is constantly whining and throwing slanderous remarks around, basically blaming her mother for keeping her there. Sage is upset about having to spend christmas there and wants no more than to go home and return to her “normal” life. This is already problematic because wasn’t it Sage who tried to kill herself in the first place? If it wasn’t for her mother rushing to her side then Sage would have been dead and missed Christmas completely. With Sage being diagnosed as bipolar, the story rapidly shifts from a girl killing herself to a girl with mental illness. Neither seem to follow the other. Sage is not depressed and upset with life. She is simply a teenager with mood swings and disrespect for those around her. But then again, in my experience as once being a teenager not too long ago, this is typical. At the age of fifteen, boys and girls are testing their boundaries, undergoing bodily and hormonal changes, as well as exploring themselves. This is exactly the case with Sage. She paints her hair different colors, lies to her parents, and cries at multiple moments only to turn the other cheek in other moments.

When Sage is finally released from the hospital and sent back to school, the connection between a girl that attempts to kill herself and one who is diagnosed with bipolar 1 disorder is overwhelmingly nuanced to the point where any distinction is radically impossible to perceive. Sage does not make it through her first day back, but who can blame her? Somehow, all of the sophomore class has heard about her stay in the hospital. She faces the treacherous bullying of other students and goes as far as hurting a girl and breaking her phone. I personally don’t se Sage’s actions here as characteristically bipolar. She was defending herself against adversity and “not taking sh**” from other people. However this is not how it goes down at school. She ends up expelled and now Julia and even Mike must step in and figure out the best way to handle Sage’s “illness.”

Told in multiple perspectives – Julia, Sage, Mike, as well as Mike’s later girlfriend, Sheila – Painting Sage attempts to demonstrate the conflicts surrounding a single girls’ battle against herself. At many points during the novel Sage cries, runs away from home and has unnecessary bursts of emotion which bring anger and tension to those around her. She draws attention to herself and renders peace and harmony unachievable. Julia and Mike desperately try to change their own lives to better suit their daughter but with little to no success. I did admire the commitment and compassion Julia, Mike, and even Sheila demonstrated in order to better understand Sage. However, at many points the novel seemed to digress from the primary theme of mental illness and instead to the supporting characters’ personal conflicts. For example, Mike. She marries and remarries. He is wholeheartedly devoted to advancing in his career, even if it means going against the wishes of his loved ones. This is an issue completely separate from Sage and the main premise of the story. I became continuously distracted by the many other issues going on that it became difficult to understand where the narrative was going and what message the writer was attempting to communicate.

Additionally, Sage’s hobby and interest in photography is a very important aspect of the story, but is not introduced until more than halfway through. This is problematic because while it’s a coping mechanism for Sage to distract herself from her family drama and better understand the world, it is not until her disastrous brunch date with Sheila that it really takes form. Throughout the entire first half of the novel it’s all about Sage’s outbursts, her father’s multiple relationships, and her mother’s strict rules. This book bounces around way too much and what could have been a masterful plot and evocative study of a girl overcoming mental illness and recovering from suicide turned out to be inaccurate and utterly disappointing.

There are several supporting characters such as Sheila, Abigail and Julia and Mike’s childhood friend who are introduced, developed, but play no transformative role in the actual story. These characters could be eliminated from the book completely and the narrative would still be the same. Take Julia’s father for example. He is on his death bed and Julia is determined to sell his house as soon as he is buried underground. Somewhere in the many events and conflicts going on in the story, the resolution of this remains undetermined. This is the major issue I had with the book. The author had wonderful ideas for this story. They were all there – family conflict, mental illness, suicide, rehab – but it was not strategically executed. Too many questions remain unanswered, too many conflicts remain unresolved and too many changes are made with little benefit.

Aside from all the negatives that overcame my reading experience, the author’s writing style is beautiful. She uses the utmost prolific language to describe her characters, explore their mental states, and set up the fictional world. I only wish there was more organization, realism, and truth to the novel. The narration was often paused with evocative portrayals of Julia or Sage’s feelings and emotional state. However, there was also times where I found the dialogue to be way too played out, planned and therefore rather unbelievable. There were moments when I was just like “Really? No. No. No. No one talks like that.”

All in all, I regret to say that I have to give this book 2 stars. If it was not for the author’s language and skill in setting up a gray and melancholy atmosphere in which to create her fictional universe, I would probably not have given this book any stars at all. A novel heavy in dialogue, lacking in validity, and altogether disappointing in terms of giving and accurate representation of a teenager’s mental decline and loss of hope, Painting Sage could have been so much more than what it ended up being. Unlike many novels which target to portray the underlying factors which contribute to an individuals resolution to step into hopelessness and death, Painting Sage did none of this. It begins with a girl who survives suicide and from there goes into multiple routes of dangerous territories, none of which helped me to understand, empathize with or relate with the characters, their personal battles, and the messages being communicated from the author to the reader. I would not recommend this book to my readers for the plain fact that Painting Sage lacked depth, suspense, and structure due to an overemphasis on stylistic techniques and disturbing representation of risky themes. Many thanks again to the author for providing me with a copy of this book in exchange for an honest review. 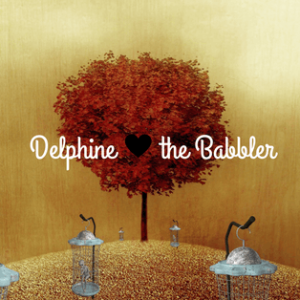 9 thoughts on “Review: Painting Sage | Story of a Story of a Non Story”